Welcome to the Morson diversity portal where you can find insights on attracting all generations recruitment, tips to be more successful and guides to inclusive leadership. We are committed to changing perceptions within business, championing women in engineering and empowering young talent through mentorship.

Adrian Adair, Operations Director at Morson, articluates why we're diversity and inclusion is core to Morson:

“There’s no denying that diversity achieves better commercial results by driving innovative ideas, changing the status quo and raising the bar for success. Yet it isn’t just as easy as attracting talent from underrepresented groups, as a business must also create working environments that champion equality and inclusivity from the inside out.

“We strive to ensure that our workforce represents our customers and society as a whole, which means recruiting from the widest talent pool and giving our people the tools, drivers and learning opportunities to reach their full potential, from entry to board level.

“We’re the only recruiter to commit to a target for increasing the number of female contractors that we employ and are using our own business as a sounding board to perfect our diversity initiatives and challenge stereotypes, so these can be rolled out to our clients to develop cultures that embrace change and ultimately outperform their peers.” 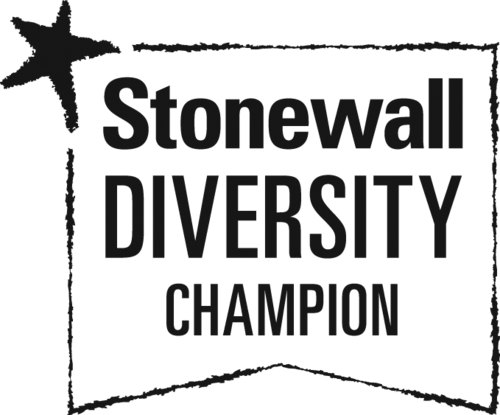 Morson aim to create a workplace where LGBT staff can be themselves, driving performance, engagement and innovation.  Through our involvement with Stonewall we aim to collaborate, learn and share cutting edge best practice and initiatives to enhance our ability to recruit diverse talent.

At Morson we are committed to improving the diversity of our company and building inclusive cultures every day. Not only is this good for business, it’s also the right thing to do.  We aim to be a truly 21st century workforce, where everyone’s talents are welcomed, valued and nurtured.

As part of this we are committing to the Inclusive Culture Pledge, a special initiative by diversity consultancy EW Group.  By signing up to EW Group’s Pledge, we will benefit from a year of dedicated support on five key aspects of diversity development: Leadership, People, Brand, Data and Future. Together this will provide a focus for building our skills, awareness,  confidence and maturity around workplace diversity over the course of 2020. In doing so, we are making a commitment, internally and outwardly, to the lasting importance of diversity and inclusion to our company culture. For more information visit https://theewgroup.com

Our diversity and inclusion blog delivers the latest thought leadership, videos and content