Simone will become our first diversity champion and joins a growing list of existing Morson ambassadors across business, sport and the armed forces.

Simone launched Northern Power Women when she saw the need to focus gender balance in the northern powerhouse region, with the goal of making the North a driving force.

Her career has taken her from scaling the ranks of the Royal Navy to roles at Aintree Racecourse, Blackpool Pleasure Beach and the London Olympics. However, it was when she became director for a campaign supporting women in the hospitality, leisure, travel and tourism industry and subsequently became a champion for the Government Equalities Office that gender equality became her passion.

In her role as Morson diversity ambassador, Simone will actively promote our commitment to diversity to engage the network of current and future leaders.

Adrian Adair, Chief Operations Officer at Morson, said “There’s no denying that diversity achieves better commercial results by driving innovative ideas, changing the status quo and raising the bar for success. As a business must also create working environments that champion equality and inclusivity from the inside out. That’s why we’re delighted to add Simone as an ambassador.”

Simone said “I’m delighted to become a diversity ambassador for Morson. The organisation, along with many of its clients, are a huge player in the Northern Powerhouse and the Northern Power Women initiative has been working closely with Morson for some time. I’m looking forward to taking my passion for addressing gender equality into this role and joining an impressive list of ambassadors from other fields.” 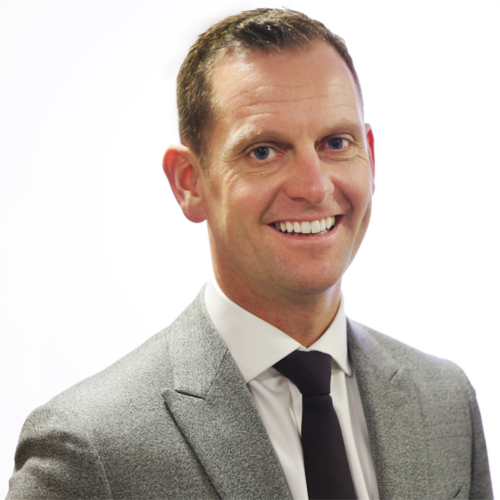 With almost 20 years of experience in recruitment, Adrian Adair is Chief Operations Officer at Morson International. Adrian identifies the right internal talent to drive both Morson International and the wider Morson Group forward to achieve its goal of becoming a £1billion turnover business. He has identified the future boardroom, ensuring it’s diverse, equal and inclusive – all factors that are regarded highly throughout Morson International’s own recruitment strategy for itself and those of its clients. 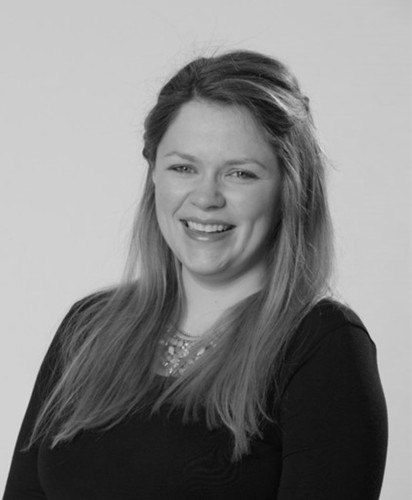 Leading Morson Group’s Equality and Diversity Champions Board and Women in Industry campaign, Sam has delivered a programme of transformational change within the business. Her commitment to improving gender balance through partnerships with organisations like the Girls’ Network, which empowers young females from disadvantaged communities to reach their aspirations, will leave a lasting legacy within the Morson Group.

She has proven that diversity isn’t a buzz word, lip service won’t bring more diversity to male-dominated sectors but can-do kick-ass women like Sam just might, inspiring candidates & employers to embrace change. She champions both women in engineering and female talent within our business, positioning them as subject experts and trusted client advisors – which benefits our clients, candidate and employees. 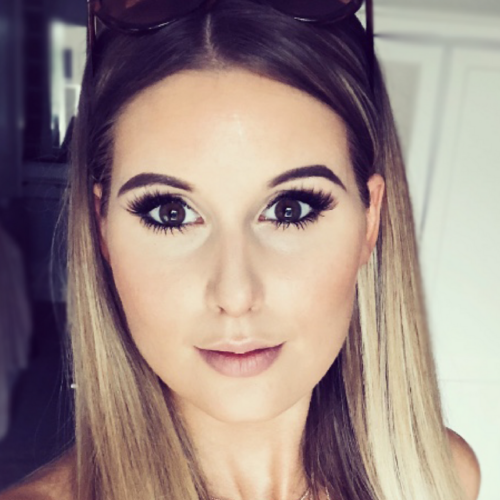 As head of marketing for Morson Group, I operate in sectors hardest hit by imbalances and work to actively attract talent from untapped pools, ensuring there are no barriers in place to hold talented people back. I am passionate about promoting diversity that goes beyond gender, working hard to challenge stigmas, open conversations and invite collaboration.

The ‘Morson Equals Opportunities’ campaign is set to be my most important project to date, revolutionising how the business engages with our candidates online. A suite of accessibility tools, including solutions for visitors with dyslexia, visual impairment and learning difficulties, embedded into our website will enable 27% more of the UK population to access our online content than could previously. This campaign, combined with our new Group website, which utilises the latest tech to enhance the candidate journey, will deliver commercial benefits by uncovering a wealth of talent and further position Morson as a leader for EDI.

Seeing the male-dominated industry in which I work as an opportunity to impact real change, I have developed powerful partnerships with organisations such as the Sale Sharks Community Trust, to break down attitudes with regards to masculinity and mental health. Inclusion into the Future List serves to empower this work which aims to transform the way people view mental health; opening up conversations, reducing stigma and encouraging cultural change.”

Morson is particularly proud this year to be announced as the new sponsor for the NPW Future List and Innovation Award, alongside the headline sponsor, Manchester Airports Group, who have partnered with NPW for the past two years. Read more here.

A Security Associate is required to work for our client BAE Systems in Barrow-in-Furness. The purpose of the role will be to execute routine security responsibilities for the assigned workstream in order to protect BAE Systems, its people, infrastructure, information and assets, as well as the interests of its shareholders and customers, and to fulfill regulatory and legal obligations. Duties will involve; - Coordinate and carry out security tasks based on relevant policies, standards, procedures and best practices of the assigned workstream. - Respond to and maintain records of security incidents, escalating where needed - Provides regular reports on security activities to inform decision making at more senior levels - Support security investigations through the provision of information - Assure the integrity of BAE employees working in the assigned business area by maintaining personnel security and access control processes and procedures. - Provide advice and guidance for the business area on routine security queries - Advise and train others, with support from senior colleagues, in routine security procedures - Support the security culture by raising security awareness among employees in the local area (i.e. through security inductions) and modelling behaviours that demonstrate BAE System The successful applicant will have a good knowledge of relevant security services, e.g. personnel security, information security, cyber and IT security, cryptographic management, asset protection, etc. You will have good understanding of legislation and regulations. You will have experience in interacting and communicating with different levels of seniority and with customers, and ability to exercise tact and diplomacy. Good written and verbal communication skills are required along with a good working knowledge of MS Office applications. An appropriate entry level Security qualification from a certified body, where relevant. You will be able to achieve and maintain required mandated SQEP for nuclear security and safety baselines if required.Morson is acting as an employment business in relation to this vacancy.Administration; filing; e-filing; GDPR; secretarial; data entry; data input; Excel; Word; Outlook; Access; MS Office; booking system; business support; database management; diary management; minute taking; document control; security coordinator; security administrator; security clearance; MOD Morson is acting as an employment business in relation to this vacancy.

ELECTRICAL MATES - NEWCASTLE CITY CENTRE - THE SPARK BUILDING - 5 MONTH CONTRACTOur client are a leading M&E Contractor that specialise in commercial projects across the UK. They currently require the services of Electrical Mates to start on their new build, high rise commercial project in Newcastle City Centre. Candidates are required to have ECS, PPE and previous experience across commercial projects.For more information, please contact Scarlet Wilson on 01617071516.

Production Operatives (Electrical) - Sherburn-in-Elmet - £10.53 P/H - Immediate StartAre you the kind of person that thrives on working in a high-performance environment, where every day is new and challenging, and you will have the opportunity to change communities across the Country?Here at Legal & General Modular Homes, our vision is to make the housing market fairer for all.We design, manufacture, construct and install high quality, precision-engineered homes in dry, controlled conditions. Our 555,000 sq ft factory in Yorkshire (Europes largest) has the capacity to produce up to 3,500 affordable, sustainable homes per year, creating progressive careers across multiple disciplines.Due to the rapid expansion of our world class facility, we are now recruiting further talented production colleagues to join this truly unique opportunity. In our fantastic Modular Academy, we will give you all the required training to be the very best in your role, including learning new skills in Modern Methods of Construction!We set the bar high at L&G Modular Homes! We only welcome new colleagues that can demonstrate the following:High performingStrong work ethicFull agility & flexibility to performIntegrityPromote an inclusive & great working environmentWe want you to join and champion our core values of collaboration, straightforward, Cost & Value, purposeful & continuous improvement. These are the building blocks (no pun intended!) of how we operate as a business.We are specifically seeking candidates who enjoy manual work and have experience in any of the following areas: Assembly, tiling, stud & dry lining, tape & fill, painting, joinery, plumbing, electrical, basic DIY or general construction skills.We want to show the world what we can do, and we enjoy doing it!**We are looking for a number of colleagues to start in our facility throughout all of 2021. Although we are currently operating a day shift - we will be moving to a shift pattern and all applicants need to be flexible around an early & late shift.**Due to the location of this role we require people who would be able to drive/walk or cycle to site. All colleagues that join L&G Modular Homes are subject to background screening including DBS check.Interested? We look forward to hearing from you!COVID-19The health & safety of all of our colleagues is our number one priority. We have strict social distancing measures on site and it is currently mandatory to wear a face mask in all areas.L&G Modular Homes is an equal opportunity employer. All employment decisions are based on business requirements, job needs and individual qualifications relevant to the role and are not influenced by age, colour, religion, sex, sexual orientation, gender identity, national origin or disability status.For more information on this role, please contact Scarlet Wilson 01617071516.