From Apache helicopters to the International Space Station... Astronaut Tim Peake on the armed forces and space travel

In December 2015, Tim Peake of the European Space Agency made history when he became the first British astronaut to visit the International Space Station (ISS).

Flying with Expedition 46 aboard the Russian Soyuz TMA-19M rocket alongside cosmonaut Yuri Malenchenko and NASA astronaut Timothy Kopra, Peake spent six months aboard the ISS. During his stay, he participated in a variety of experiments in biology, physics, astronomy and supported a space walk for repair work before returning to Earth in June 2016. 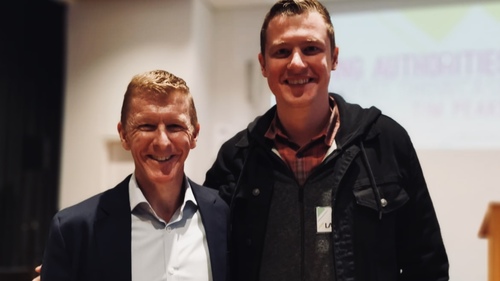 After completing his A-Levels, Peake graduated from the Royal Military Academy Sandhurst and received commission as a second lieutenant in the Army Air Corps. In 1994, he became a qualified helicopter pilot and having completed a degree in Flight Dynamics and Evaluation, spent time as a test pilot with AgustaWestland testing Apache attack helicopters.

In September 2019, Morson attended a seminar hosted by Peake, who talked about his time in the armed forces, his training and how he overcame his own self-doubt. We also asked him some questions surrounding STEM and the future of space travel.

Being part of a small crew on board the ISS astronauts are required to be jacks-of-all-trades – there is no dedicated engineer, technician or doctor. Peake talks about the training regime:

“It was two and half years. First, we had to learn how to fly spacecraft, with the added burden of having to learn the Russian language! It’s the only language spoken in the Soyuz launch vehicle and all of the documents inside are written in Russian. After that there was preparation for the physically demanding elements of the mission in the centrifuge, launch and re-entry.”

Training underwater simulated the weightless conditions of a spacewalk, and this covered how to replace and repair anything on the ISS. For true weightlessness, Peake experienced the Vomit Comet, an aircraft that flies in a parabola to produce around 30 seconds of zero gravity. 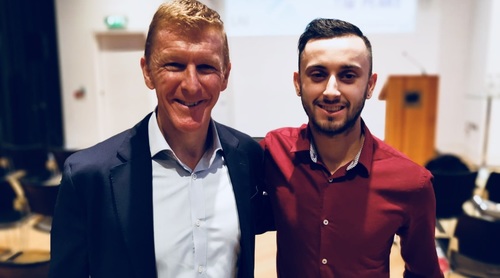 Being on the ISS for six months not only yields physical demands, but it can also be extremely mentally challenging. Peake draws on his experience in the armed forces and how it helped:

“You do a lot of work on survival and living in a confined and stressful environment. Not only are you in a small space for six months but in an emergency situation, you could land anywhere in the world and have to await rescue. I learned from my time in the armed forces that in order to find out what someone is really like as a person, make them cold, wet, tired and hungry! Or take away their watches, let them sleep and wake them up after two hours telling them they’ve been asleep for eight. After six days of that, it becomes very psychologically demanding. Then, when they think they’re leaving, tell them there’s actually another two days. In the army, we call this dislocation of expectation.”

The launch pad that Peake took off from in December 2015 was the same one that the first man in space, Yuri Gagarin, lifted off from in 1961. The Soyuz rocket had the thrust equivalent of 9 million horsepower.

During his time on the ISS, Peake conducted 250 experiments in the fields of fluid physics, pharmaceutical studies, biology and more. The mission was also an engineering study for future Mars missions, experimenting with ways to recycle oxygen and 80% of waste water.

Peake will now spend two years on sabbatical from the ESA before his next trip to the ISS, working as a STEM ambassador and speaker to inspire the next generation of engineers, scientists and astronauts. We asked Peake about this:

MORSON: You’ve done a lot of work promoting STEM in schools, helping to inspire the next generation of talent. What would an 11-year-old looking into their future career have to look forward to in terms of space travel?

“It’s really interesting actually. When I fly my next mission in 2023/24, it’s very likely I’ll be on board the ISS with commercial astronauts. Next year we’re looking at two new spacecraft, SpaceX and Boeing. They will be taking space agency astronauts but each year four fully paid commercial astronauts too. Space flight is becoming open to many more people. In 20 or 30 years I see it being like aviation. There will be a professional corps of astronauts but also commercial flight for civilians to enjoy.” 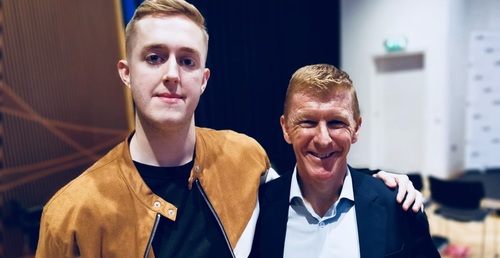 “Every time I came out of my Russian language lessons I wondered if I was cut out for it! Language was hard for me. Science wasn’t an issue being a pilot, systems I lapped up and the physical training was great. One of the great things about the astronaut corps, 8,000 applied and it was whittled down to six, so everybody is there to help you through. There’s an amazing network and you’ll always find people to help. I worked particularly hard to get to the level I needed to be at.”

“It’s important - don’t let anybody ever tell you that you can’t do something if you’ve set your heart on. Right from the early stages I had setbacks. I was even told I wouldn’t be a pilot. But it’s about being passionate. You must have courage in your convictions to chart a course for yourself and fight for it. There was a lot of hard work along the way. I had to go back to education at the age of 33 to get a degree which was required for my career which was a lot of extra tuition. But it comes down to hard work and determination.”

Morson have been involved in working with armed forces personnel like Tim Peake for over 25 years. We also work on the line maintenance for the Apache helicopters. Find out more here