In a bid to support the growth of the economy following the coronavirus pandemic, major construction projects totalling £1 billion have been given the green light in Manchester.

Including a second arena, over 600 new homes and towers, the plans were approved and bought forwards from their original timelines under the banner of the Northern Gateway scheme. Some of the projects that have been given the go-ahead include: 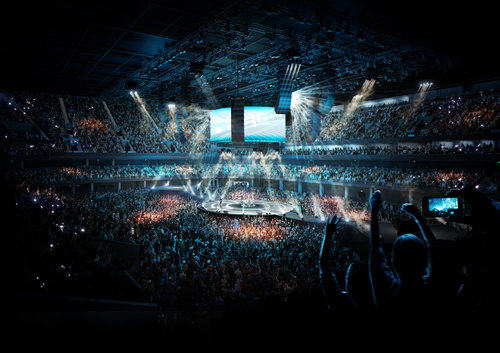 The proposed venue will be built close to the Etihad Stadium on the east side of Manchester. Throughout its proposed three-year development time, it would sustain over 3,000 jobs in construction and would be the largest arena in the UK with a capacity of 23,500. This would surpass the current Manchester Arena by over 2,000.

Preferred construction partner BAM could start work on the arena as early as November 2020.

Planning has been approved for 210 new homes in Miles Platting on the site of a former chemical dye factory next to the Rochdale canal. The houses will be traditional family homes to predominantly be used as build-to-rent.

A joint venture high-rise residential complex has been given the green light in Dantzic Street. The scheme is to be delivered by FEC and Manchester City Council. The three towers will be 18, 26 and 37 storeys tall providing over 630 homes varying as shared ownership properties and a mix of tenue types to help provide more affordable housing in Manchester.

A Union tower development on Water Street, Deansgate will comprise 388 flats in clusters as well as studio apartments. As with the Arena, BAM is in talks over project delivery.

economic uncertainty. That is important not just as a reassurance but as something which would translate into real jobs, real homes and real opportunities for Manchester people – helping to support the city’s economic recovery from the impacts of the Covid-19 pandemic.”

Morson is a leading recruiter in the construction industry, supplying some of the largest and most well-known construction companies in the UK. Search our latest construction jobs here