Morson-sponsored Salford Red Devils narrowly missed out on the Challenge Cup as a drop goal in the dying minutes gifted Leeds Rhinos the trophy after a fiercely contested final.

Leeds opened the scoring in the 11th minute, as quick hands from the Rhinos found Luke Briscoe, who got the ball over in the corner. Salford levelled the game in the 18th minute as Niall Evans released Rhys Williams to run the length of the field in trademark style to get the Red Devils’ first try at Wembley in 51 years.

The Rhinos took the lead before half-time with Ash Handley finishing off a well-worked move on the left side and getting the ball down giving Leeds a 12-6 lead at the break. 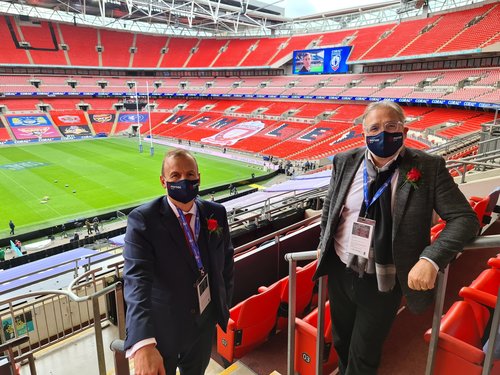 The Red Devils started the second half with attacking intent and soon drew level again, with a powering run from Pauli Pauli bursting through the Leeds defence to go over in the 52nd minute. Salford continued to make their attacking moves count during this period, as a high kick from Kevin Brown put the pressure on the Leeds defence and saw the ball worked to James Greenwood, who put the Red Devils ahead for the first time in the game.

Just as Salford began to dream of clinching the trophy, Leeds struck back with 15 minutes to go as Handley got his second try of the day to bring the score level. Unfortunately, it was Leeds who edged ahead in the nail-biting final moments as Luke Gale successfully drop-kicked his side to victory.

Hailed as one of the most entertaining finals in recent memory, Salford can hold their heads up high for bringing such an intense contest right down to wire. Everyone at Morson is massively proud for the Red Devils representing the company on such a big stage yet again and we look forward to more big moments in the future.