​The apprentice jockey Megan Nicholls, daughter of 11 times National Hunt winning trainer Paul, surprised a few people when she made the switch from jumps to flats back in 2014.

In the last few years, she’s ridden to well over 60 victories and now finds herself riding her two of her father’s horses on the flats at Royal Ascot as racing resumes following suspension during the coronavirus pandemic. 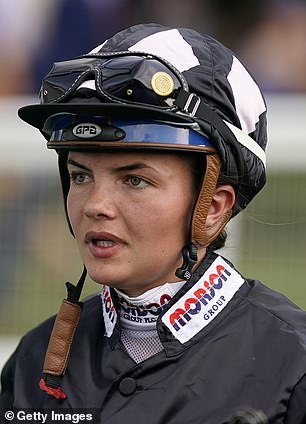 A little over a year since the Queen paid Paul Nicholls' stables a visit, Royal Ascot will be without Her Majesty's presence for the first time in her 68-year reign, with the meeting this year taking place behind closed doors due to the continuing social distancing restrictions in place for all sporting events.

We spoke to Megan, long time Morson-sponsored jockey following a tricky last few months and her June wins for her fathers’ stable.

In the winter last year, Megan spent some time working with horses in Dubai, before returning to the UK.

"It was something I'd never done before and it as a really great experience. It was good to have the chance to go somewhere else and see how they do things differently."

Before long, the UK had been put into lockdown to combat the coronavirus pandemic. At the time, Megan was based in Thirsk, riding out locally for trainer Kevin Ryan, based just a short distance up the road that was easily accessible despite the lockdown rules. The restrictions on travel made it impractical for her to visit her father's stables in Ditcheat, Somerset.

"Obviously, the horses have to be ridden during that time and looked after as normal. It was about finding a routine and finding ways to manage things well during the crisis. It was much the same at my Dad's stables as well. A lot of the horses at his stables are on their holidays at the moment because the jump season is over but he still has some horses in that are ready to run through the summer, with those riding on the flats. It's all been a bit different but luckily everyone has been sensible and adapted to the changes well and everything has run smoothly."

With the resumption of the flats season in June, Megan has already ridden two winners for her father at Pontefract - Christopher Wood and Oleg.

"They both ran really well and they both won, so I'm obviously delighted with that. One was having his first start on the flats for us [Christopher Wood] and the other had only had one start and we got two winners. They're both really exciting horses that will be looking towards bigger aims and better races towards the middle-end of the season."

Even though the racing season has returned, all meetings will be taking place behind closed doors for the near future, which has been a strange experience for many jockeys.

"We've all adapted to the changes now but obviously a lot of the atmosphere at these race courses is because of the crowd and it has been weirdly quiet but it's great to be back racing and hopefully things will keep going in the right direction and the crowds will be left back in at the right time."

One of the horses Megan will be riding at Royal Ascot is Ashutor, in the 4:40 on Tuesday 16th. The six-year-old returns to the flats under a new trainer after a break of almost two years, after some mixed performances on the hurdles in 2019 punctuated by a win at Catterick Bridge under jockey Harry Cobden in February 2020.

"It's his first run on the flat for us. He's shown loads of ability at home and he did well on the flats in France. He's been slightly disappointing over hurdles, however sometimes you find that some of these horses thrive back on the flat. Hopefully he can run well. It's a very competitive race like all of the races at Ascot so we're hoping for a smooth run round and fingers crossed he can run a big race."

Another of Paul Nicholls’ horses that was meant to be jockeyed by Megan at Royal Ascot was Red Force One, co-owned by Morson CEO Ged Mason, Sir Alex Ferguson and the Done family. Red Force One’s most recent win came at Fakenham in October 2019, again under Harry Cobden, but was unfortunately balloted out.

"Red Force One got balloted out unfortunately so he isn't running which is frustrating but he does have an entry next week."

All at Morson would like to wish Megan and Paul Nicholls stables the very best during Royal Ascot and beyond.