Transitioning from sport into the world of business is no easy feat and is a topic that was the basis of our marquee sports panel event last year, which featured the likes of Ricky Hatton and Mark Cueto discussing how they adapted to leaving all they had known to pursue new ventures.

This week we had the opportunity to hear another similar success story, as former Salford Red Devils and Wales international, Jordan James gave an insight into his experiences of leaving rugby league to becoming an entrepreneur at the latest Club 13 event.

Since retiring from rugby league, James has gone on to open both a barbers and a coffee shop in Moston under his ‘CULT’ brand alongside his wife, Harriet. However, the path to establishing his own brand and business was filled with hardships, as Jordan explained how being away from the sport he adored was a massive struggle long before retirement:

“When you’re a rugby player, being injured is the most difficult thing you’ve ever had to face, all you want to do is play. When you’re told you can’t, mentally you struggle. You start turning to drink or whatever” 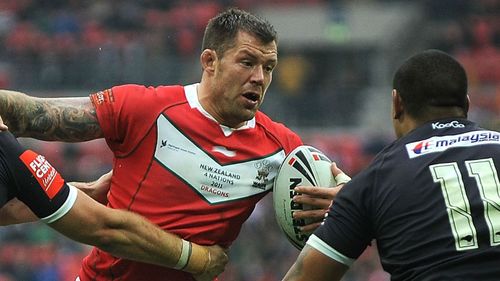 The 39-year-old highlighted the importance of young athletes having a plan and vision for a career after sport, as this was something that many put on the backburner until it can be sometimes too late to find that passion:

“When I was 27/28 no one approached me about what I was going to do at the end of my career, at that age you’re living from contract to contract and you think you’re invincible. I think the way it’s going now with helping players is great, it should have been happening 15 years ago”

“It was quite harrowing going from playing for Wigan, saying that you were going to get a contract, to having that taken away from you last minute. I stepped into a coaching role and thought it was for me but it wasn’t, I was a frustrated player and an even more frustrated coach. I wasn’t a good enough player to sit on the hundreds and thousands I’d have earnt in my playing career, I know I’m going to work until I’m 60-70” 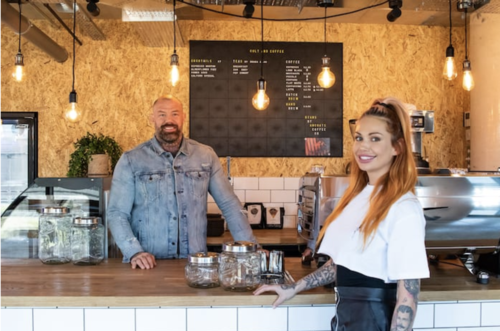 Being a barber was something that Jordan had been interested in since his playing days and a four-week barbering course in London set him a solid foundation to build his future career on. Despite the dedication and effort James has put in to achieve his goals over the years,  he credits the mentors in his close family for learning from their successes and applying that in his own work:

“My wife’s dad had six hairdressers in London at the height of the industry and everyone knew her dad. My mum ran pubs all her life on her own and ran three BnB’s right before she died. She saw the first shop and was mad up that I went into business, following her footsteps. Having mentors of people around us that had done that sort of thing was a great help to us”

The idea of creating a family atmosphere in his CULT shops is something that Jordan believed was going to be vital to any success the company was going to have from the get-go and this has proved to be very true:

“We built a whole brand of being a cult, of being a family and I can pretty much go for a beer with any of my clients. I feel like having that family ethos really gets people buying into your brand and it helps the social media side of things a lot. I put a post-up and I know that most of my clients will share it, but most of my friends won’t. It’s the clients that you build that relationship with, they’ll generally help you through your business more than your friends will” 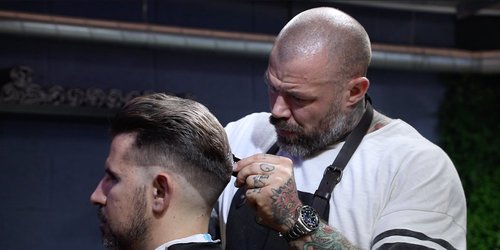 Working alongside his wife has been something that Jordan has cherished during this time and believes it brings the best out of both of them professionally:

“It’s so easy working with her, I actually prefer working with her than any of the other lads because we get on so well. Now we have two shops, so we don’t work together as much because we have to split our time which isn’t the best, but business comes first”

The former Salford prop gave three traits that he took from sport into business, which he believes are universally crucial for success:

“For me work ethic is one. Never quitting, being a rugby player you don’t quit, whether it’s injuries or anything you don’t quit if you want to be top of your game. Resilience of when things get tough as well. Any of them you take to a job, any manager or director will see them and realise you’ve got merit and anybody would snap you up”

It was brilliant hearing Jordan’s story and we look forward to seeing his CULT business continue to prosper!