Sharks at the World Cup | Faf De Klerk, Tom Curry, Mark Wilson and Valery Morozov look back on their tournaments 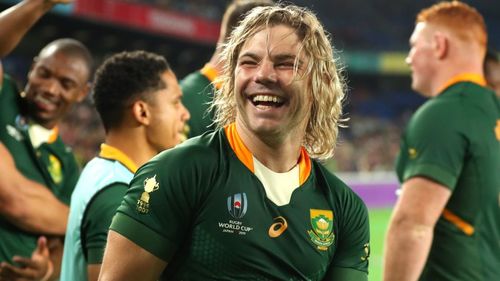 Realising a childhood dream by winning the World Cup will undoubtedly be the highlight of Faf’s career but the Scrum-Half isn’t short of motivation going forward despite now reaching his crowning achievement:

“It’s any boy’s dream to win a World Cup. Staying motivated is quite easy, there’s still a lot of goals we want to achieve as a team and a club so the focus is right back onto that. We want to succeed and make the supporters proud. There’s a lot of targets to reach yet. I want to win the Premiership and the Champions Cup, so they’re things I’ve got to tick off. As a rugby player you always want to perform well, it’s about getting new goals and reaching them”

Being on the cusp of achieving a career goal brings the danger of not truly experiencing the moment, due to being fixated with the task at hand. This was something that De Klerk actively combatted during the tournament and made sure to be completely present during the final itself:

“At the World Cup when I ran out, I always tried to get a sense of the crowd and really take in what’s around me. I do remember it really well, much better than Tom! What a massive occasion it was, it was truly special”

One of the most memorable pictures of the World Cup was Faf’s celebration in his now iconic South African themed speedos and the following meeting between himself and Prince Harry whilst wearing the attire. This image saw Faf launch a cancer awareness challenge known as the ‘Faf Challenge’ encouraging his supporters to screen themselves for testicular cancer. De Klerk reflected on the picture and getting to meet Prince Harry:

“I popped out to get an X-Ray and he was there. He had a great speech for us and I got to meet him. I was the only guy caught but the rest of the team were in the same outfit! Something good came from it so it was nice” 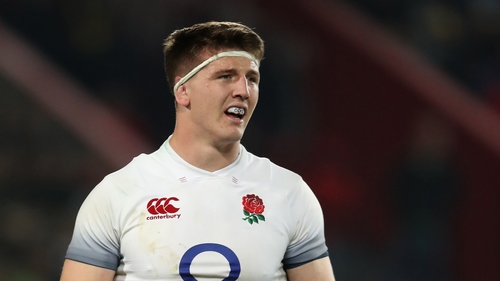 2019 proved to be a breakout one for 21-year old Tom Curry, with eye-catching displays in the Six-Nations and World Cup that saw him nominated for world player of the year. With Tom currently preparing for his 28th game of a crazy year, this panel event served as one of the few opportunities that the Flanker could look back on what he’s achieved in his young career so far:

“This year’s been a bit of a whirlwind. I’ve obviously experienced things for the first time such as the Six Nations and The World Cup. It’s been unbelievable, you don’t actually notice what’s happening during the whole process, it’s only when you look back at times like these. It’s been an unreal year to look back on and some brilliant learning experiences to look back on going forward”

It’s clear that a manic schedule is something that Curry has always thrived in, as his rise was filled with transitions through the ranks at a ridiculously rapid rate:

“Having my brother alongside me and training nearly every day, things go by so quickly that you don’t have time to think about it. Going straight from school to Sale FC to Sharks and getting the call to Argentina with England, you don’t really stop and think. One of the biggest things as a professional sportsman is to stop and take things in and I should probably pinch myself along the way.”

Learning to unwind away from the sport is something that Tom is still learning to do with consistent success for club and country:

“It’s something you probably get better at with experience. You learn about yourself more and you learn how to get your mind and body in the best position to play rugby. When you’re younger coming through you’ve got to do this and that but as you get older, you play week in and week out and that’s when you start learning”

Tom and Sharks teammate, Faf have faced each other on the international stage numerous times, with most games featuring a heated moment between the two. Curry addressed the healthy rivalry between the two and clearly enjoys the competition:

“On the summer tour we had at least two and then obviously in the big game in the final but we’re both pretty natural players for a scuffle, he loves it! I lose my head easily and he finds it easy to make players lose their heads, we’re a natural couple” 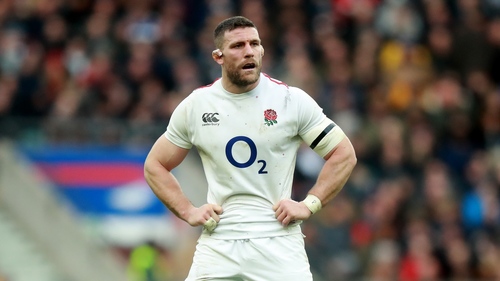 New Sharks signee, Mark Wilson was an integral part of the England side that reached the World Cup final both on and off the field. Wilson was full of praise of the togetherness and spirit in the England camp in Japan:

Wilson hadn’t featured since the group stage prior to coming off the bench in the memorable win against New Zealand and the 30-year-old was more than ready for the occasion:

Mark’s debut from Sale is currently on hold due to injury but gave an update on when we can expect to see him at the AJ Bell:

“Hopefully in the new year, towards the end of January I should be able to play. It’s been an exciting couple of weeks being down here for the first time, being able to meet the boys so we’re itching to get involved” 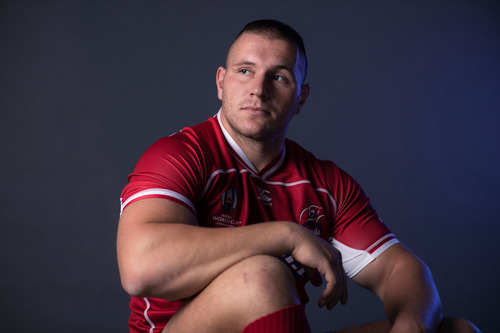 Progression from the stacked Pool A was always going to be extremely difficult for Russia, but representing his country on the world stage was an immensely proud moment for Valery:

“I was very proud for my country because it was only our second time at a world cup. We only play 3-4 times a year with Russia and we play every week at Sale so I’d like to thank Sale for helping me as a player”

It was brilliant to hear each player's story from the World Cup and we can't wait to see how their season unfolds with Sale!

The best of Morson Sport: 2019 in review

Sharks at the World Cup | Faf De Klerk, Tom Curry, Mark Wilson and Valery Morozov look back on their tournaments