Why 2019 Could Be Huge For Morson's Boxing Stars

After a stellar 2018 for Morson fighters, we could be looking at the biggest year yet in terms of the company’s involvement in the sport at the highest level.

Three of Morson’s marquee ambassadors have positioned themselves for potential mega fights throughout 2019 with Callum Smith, Antony Crolla and Nathan Gorman all simultaneously ready for their defining moment.

Callum Smith sealed his position amongst the elite at super middleweight by defeating George Groves to win the Ali Trophy back in September and a fight against one of the pound for pound best in the sport seems a near certainty. Even better, it will more than likely be in the UK. 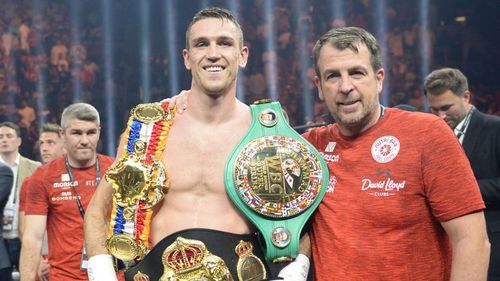 One of the names being heavily linked with Smith is the heavy hitting Kazakhstani, Gennady Golovkin. Promoter Eddie Hearn told talkSport last year that Golovkin was his ‘No. 1 choice for Callum next year’ and stated he had already spoken with GGG’s promoter. Hearn also entertained the possibility of the fight taking place at Anfield which has been a lifetime goal for Smith and has now been made possible after the stadium received the green light to host combat sports events for the first time last September.

During an exclusive interview with Morson, Mundo was asked whether fighting a big name like Golovkin at Anfield would top winning the Super Series:

Another option on the table for Callum is Saul “Canelo” Alvarez who is currently ranked as the best active Boxer in the world today. The three weight World Champion recently defeated the aforementioned Golovkin and has a record of 51-1 -2, with notable wins over Amir Khan, Rocky Fielding and Callum’s brother, Liam Smith. Aside from the massive reputation of Canelo and the worldwide attention he brings to the sport, another incentive for this fight would be to avenge his brother’s defeat which would create for an interesting story.

Whether it’s Golovkin or Canelo, it’s clear that this will be one of the biggest spectacles in boxing this year and Morson would be following the scouse star every step of the way.

Widely regarded as one the most technically gifted fighters ever to step inside a Boxing ring, Vasyl Lomachenko is the puzzle yet to be solved during this unstoppable stage of his career.  Back in August, it was reported that Lomachenko may be interested in fighting Manchester’s beloved Anthony Crolla and soon after Crolla was matched against Daud Yordan to decide the number one contender for the Ukrainian’s WBA Super Lightweight title. 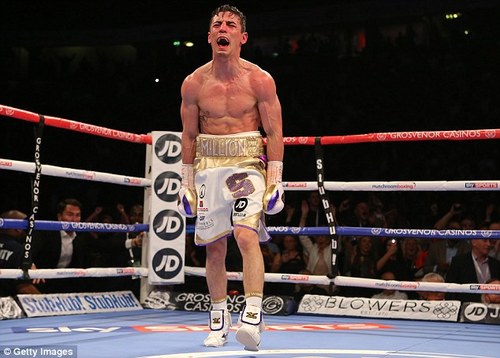 Anthony subsequently defeated Yordan in November, setting up an encounter with one of the most respected athletes in the sport and the battle is likely to take place stateside as the former World Champion told Sky Sports:

“If the fight gets made, it’s more than likely it would be in America... you’d imagine New York or Vegas”

A win over Lomachenko would send shockwaves throughout the sport and arguably be greater than reclaiming the world title for Crolla. This would be another opportunity for a Morson fighter to etch their mark in history in 2019 and we hope Anthony gets his chance!

Fans have clamoured throughout 2018 for this battle of two of Britain’s most exciting up and coming heavyweights and 2019 may very well be the year Morson’s Nathan Gorman faces off with Daniel Dubois. 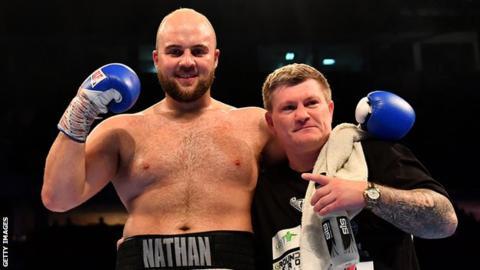 The young stars have captured the attention of many in the sport with Frank Warren pushing both heavily on BT Sport and both boasting undefeated records in their short careers. The two have a long history as they were teammates in the GB amateur squad and even shared a flat together.

This fight draws big similarities to Anthony Joshua vs Dillian Whyte in that due to the ability, talent and marketability of the two men involved neither man loses in this bout as it puts both on the world stage.

We visited Gorman during his training camp prior to his last win over Razvan Cojanu and he briefly touched on the possibility of a clash with 'Dynamite' in the near future:

“He’s been on BT Sport since day one, in the fans eyes I’m the underdog and I’ll play that part. It’s a blessing that we’re both under the same matchmaker because it’s a fight that I want, probably he wants it and when it gets made it’ll be a massive fight”

If these matches come to fruition this year, it’ll indubitably be the biggest year Morson has had in the sport and there is every reason to be excited for what’s to come.

Fantasy Premier League is back!

You will work collaboratively with internal architectural, project and operational teams to deploy and operate the newest Azure platform technologies providing and supporting Cloud and Hybrid services to their clients and customers.Keeping continued technical and personal growth as a core value, this dynamic company have a great relationship with Microsoft which, as the Azure Data Engineer you will reap huge benefits from. You will be given excellent Learning and Development opportunities/budgets inclusive of training and Microsoft certifications in various modules.What will make you right for this role?Ideally you will have:Experience of working in an Agile environment.Knowledge of building Infrastructure environments within Microsoft's platform.Stakeholder management ideally with 3rd Parties such as Customers and ClientsExperience of with Azure Networking, Firewalls, Load Balancing and Network Security GroupsThe ability to support architect and design solutions for their customer and project needs

Azure Data Developer / Data EngineerFully Remote - Up to £80,000 Are you a Data Engineer who is passionate about working with the latest Technologies within a team that truly invests in your development? Keen to work for a fast-paced business in one of the most stable yet growing sectors. Is it important for you to join an organisation whose purpose and work makes a positive difference to others?Having gone through a recent digital transformation, this is a company that recognises the fast-evolving data world and ensures that their data capabilities grow and align with the best and latest technology trends. You will be given the right tools and support to play a pivotal part in architecting, developing and managing the Enterprise Data Warehouse.As the newest Azure Data Developer, you will be working in an Agile team alongside Data Architects and Development squads; utilising latest automation tools to ensure a smooth dataflow through the Azure Data Warehouse. Keeping continued technical and personal growth as a core value, this dynamic company have a great relationship with Microsoft which, as the Azure Data Engineer you will reap huge benefits from. You will be given excellent Learning and Development opportunities/budgets inclusive of training and Microsoft certifications in various modules.What will make you right for this role?Ideally you will have:Strong background in Data Engineering / Data ArchitectureGood understanding of Microsoft SQL Server / PowerBISQL, T-SQL, ETLCloud Experience - Azure/AWS/GCPStrong understanding of Data Warehousing principles, how to maintain and optimise Data warehouse and Data Lake/Data brick solutions.Proven experience implementing end-to-end data solutions, building ETL pipelines.Confidence and ability to communicate well with key stakeholders and non-technical audiences.What else is on offer for you?Competitive Salary (£55,000-80,000 DOE) Remote Working (post-lockdown this role will remain remote based) Car allowance Excellent pension (10%) Up to 30 days holiday + bank. Fantastic culture (numerous employee schemes, paid volunteering days etc) Training and L+D opportunities Microsoft certifications.If you are an experienced Data Engineer / Data Developer looking to grow your skills and work with the latest technologies, then please apply directly or get in touch for more information -

Crane Supervisors required for work on-site at Devonport dockyard in Plymouth.Role:Lifting supervisors must ensure that the crane operators conduct pre-use inspection before each lifting operation to ensure that the equipment is suitable, safe and correctly installed for the lifting operation.Suitable candidates must hold a minimum Blue CPCS / NPORS N405 or similar (In-Date)Start asap12 month initial contract. All selected applicants will undergo through MOD clearance.

ROOFERStart ASAP12 months contract 36 hours standard hours Possible overtime (1 or 2 hours a day and at least one day on weekends) Required to have roofing experience and Full UK driving licence as will be required to drive a Van. Job description:You will be required to carry out the following duties:Pre-fit surveys and examinationsRepair work to existing roofsInstallations of new roofs using a variety of different materials. Location: On-site repairs at Devonport Dockyard,Plymouth All selected applicants will undergo throughout security clearance process.