Andy Reid's Resettlement Plan | Morson are thrilled to launch our recruitment resettlement guide on the centenary of the RAF.

Written in partnership with veteran and Morson Forces Ambassador Andy Reid, the guide aims to aid ex-forces members transition to civilian employment. Including features such as 'Preparing to Leave the Armed Forces - Andy's Ten Step Guide' plus CV and interview tips and more light hearted content such as the 'Armed Forces to Civvy Jargon Buster' the plan aims to be informative and relatable.

Click here to get your copy of Andy Reid's Resettlement Plan 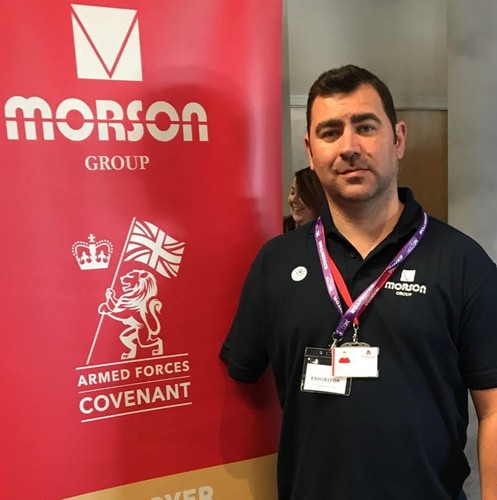 As a veteran of The 3rd Battalion, The Yorkshire Regiment and Morson Forces Ambassador, I know first-hand how difficult it can be to transition from the armed forces into a normal, civilian life.

Ex-forces personnel have a lot to offer in the civilian world, often in ways they won’t immediately realise. It is my aim to bridge the gap between these two worlds so veterans are ready to become skilled, sought-after candidates ready to transition into work. One of the main things I noticed when appearing at career transition events as a Morson forces ambassador is the language barrier between ex-forces personnel and the recruiters who are looking to help them.

This guide is designed to offer some help to veterans as they look to take their first steps in the civilian world. In particular, I’ll walk you through some of my top tips for preparing to leave the armed forces. I attend careers events with Morson across the country, so come along and we’ll help you take those first steps into your new life.

Click here to get your copy of Andy's Resettlement Plan.

Get #MoreFromMorson and search our latest jobs or to find out more about how Morson can support ex-forces personnel, visit our Morson Forces page.