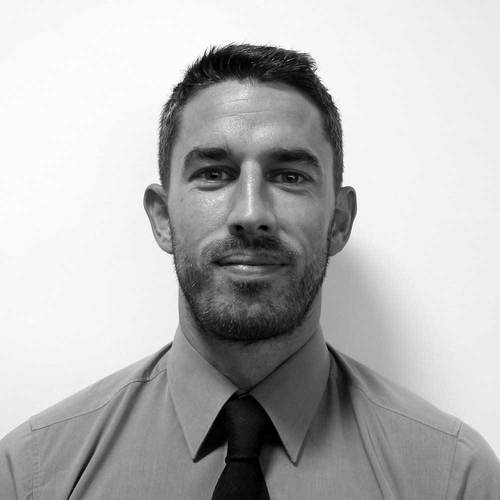 The England football team could potentially be hours away from their first FIFA World Cup final since 1966. Morson sales director, David Lynchehaun, gives his thoughts on the man leading the charge...

The nation didn’t see this coming but some excellent leadership from Gareth Southgate has seen the England team power through to unexpected and welcome success.

Leaders become great not because of their power but their ability to empower others and this has been seen in the England camp throughout the tournament. In this blog, I pick five of Southgate’s key traits which demonstrate the hallmarks of a great leader, and how this can translate into the working environment.

Invest in the future

Remember when Alan Hansen famously said “you can’t win anything with kids” of Manchester United before they stormed into a decade of footballing dominance? Nothing could be further from the truth. Fresh-faced youth often needs the contribution of experience however; for every Ryan Giggs or Paul Scholes, there was a Denis Irwin and a Peter Schmeichel to guide them.

But investment is key, and the young employees of today are the business leaders of tomorrow, in the same way that many of the best managers in the world today are themselves former players. When Southgate missed that penalty for England in Euro 96, the experience, coupled with the leadership around him, made him grow into the man to lead the national team into their first ever World Cup penalty win.

This is why it’s vital to nurture younger talent, so when the time comes for them to take over from you, they’ve been nourished with enough guidance to make them excel.

Southgate’s trust in such a young squad has been rewarded richly at this World Cup. What’s particularly key is that he managed a lot of these players at under-21 level previously, and the bonds formed from this time have been crucial in the current success for both parties. At Morson we’ve seen similar successes with our employees who served apprenticeships. Indeed, our first apprentice started with us in 1980 is now our client services director, passing his knowledge down throughout the business. It’s about building a pipeline of talent.

You get the sense Southgate knows each of these players inside out. This probably comes from his experience with them from under-21 level (see above point regarding the importance of youth) and will have done wonders for the teams’ prospects in Russia and beyond.

Sir Alex Ferguson was a great leader in this respect. He recognised that in order to get the best out of his players, he would have to tailor the way he treated them (he reportedly never once shouted at Eric Cantona, even after his infamous kung-fu kick). Do they need an arm over their shoulder, or do they need the ‘hairdryer’?

The same is true in business. Understanding what makes each employee tick is crucial to getting the best out of everyone.

Nobody is claiming England are the most talented squad of individuals at the World Cup – but they sure work well as a team. Likewise, there is a lot more to attracting the best talent than increases in salary and nowadays it’s critical that employers and leaders understand the individual employee issues that impact retention.

Having an awareness that generational groups have distinctive workplace wants and needs is an essential step in attracting the right people for your business. Morson’s Recruiting Rockstars feature discusses these generational demands and the impact they have in the workplace.

Throughout the World Cup, Gareth Southgate has kept himself remarkably calm and reserved, both during press conferences and during the matches themselves. Of course, there are bursts of passion when England score or win, but for the most Southgate cuts a cool figure.

Inside, he will likely be full of thoughts, worries and excitement, but it’s imperative he remains level headed for the benefit of his players. For the vast majority of this squad, this will be their first taste of a major international football tournament and setting a calm example even during high pressure moments is key to fostering an environment that will perform well when challenged.

One thing that has garnered a lot of praise from the sporting press during Southgate’s time as England manager has been his honesty when speaking of (and to) his players. Before the tournament began, he spoke openly of this being an experimental set of players that might not be fully at their peak but asked for patience as he looks to develop the next generation.

He also demands honesty from his players. Speaking before the 2-0 win over Sweden in the quarter-finals, he made it clear that he would not tolerate players pretending to be fully fit in order to retain their place in the starting 11 that would jeopardise the team’s chances.

Being realistic and honest with employees with regards to their own personal goals and where you see them fitting in within the business is an efficient way to lead. It allows both parties to be on the same page immediately.

Asking for honesty as well as demonstrating it yourself is a classic hallmark of leadership. Southgate’s players will respect this and as a result abide by his rule.

Don’t steal all the praise when things go well

With a national frenzy being whipped up in recent weeks, Southgate has found him elevated to a level of national adoration and respect not seen in an England manager since Sir Bobby Robson. Some people might let this go to their head (image how someone like Zlatan Ibrahimović would have reacted to this level of praise) but Southgate is quick to downplay this:

“I always think it is dangerous for a start,” said Southgate. “Because I’ve got a lot of faults and I have done plenty of things wrong. It’s obviously a nice moment but it’s probably a good thing that we are away [from it].”

He is both humbled by, and recognises the threat of, the fact that he has been elevated into a position of reverence. Likewise, should England confound expectation and actually bring it home, you know the first comments he makes will be in relation to ‘they’ or ‘we’ rather than ‘I’. Listen to his post-match comments from the win over Sweden: “I can’t speak highly enough of the whole squad and the whole group of staff, because it is so united and their level of work and commitment to each other has been great.”

When things go well in your organisation, be sure to pass the praise onto those with whom you worked and mentored. Instantly making any victory about yourself will sour your reputation among colleagues and make them less likely to want to work with you, or for you, again.

Is it coming home? We dare to dream!